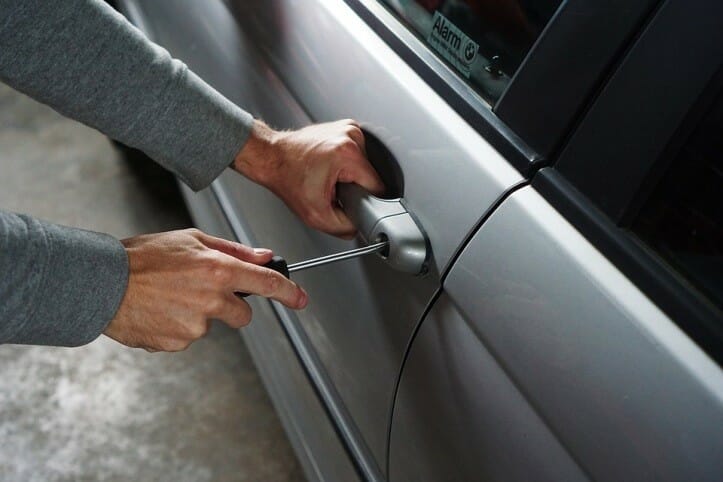 People who own vehicles need them to work and function as intended to get from A to B. But sometimes, individuals with an immoral attitude decide to throw a spanner in the works and do something that most vehicles aren’t designed to prevent; they steal it. Yes, we are talking about car thieves, and they are on the rise across the UK as this practice is becoming a growing epidemic. What you may not know is that there is a simple device that is often overlooked that can help you recover your vehicle if it gets stolen or it could even deter thieves from stealing your car altogether. By installing a vehicle GPS tracker in your vehicle, you can save you a lot of money and pain in the long run.

What Is A GPS Tracker?

A GPS Tracker is a tracking device that’s installed into your vehicle that can be used to track its every move. Not to be confused with a Navigation Device – devices we use to guide us with a digital map and voiceover system – a tracking device monitors your vehicle’s movements on the map and stores the data on a cloud-based tracking server. This data can then be accessed from your computer or smartphone at all times and you can see exactly where your vehicle is located in real-time.

How Can GPS Trackers Keep A Vehicle Safe From Theft?

When you have a vehicle tracking device installed you are taking a vital step towards keeping your car more secure while you’re not around. While it’s virtually impossible to prevent a determined thief from at least scoping out your vehicle as a potential target, you can stop them in their tracks if they decide to act. Many car thieves are well aware of GPS tracker devices and they know that these should be avoided at all costs. If a thief manages to break into your vehicle, the first thing they would most likely do is look for a vehicle tracking system. Just the sight of one of these devices is enough to make the thief give up right there and leave your car alone.

GPS tracking devices also come with an array of features that can prevent people from getting away with your car. This includes real-time vehicle location and disabling ignition which prevents your car from being started and an unauthorised use feature, which won’t allow anyone except for authorised people to use a vehicle.

Should I Get A GPS Tracker For My Vehicle?

If you don’t have a reliable  GPS tracking software in place, you could fall victim to a new method that car thieves have successfully adopted. What they do is steal your car and then park it at a safe location for a few days. If the authorities or the owners don’t come to retrieve it, then they know it’s safe to move the vehicle to a chop shop to give it a new identity or to sell it for a quick buck. This has been dubbed the “pinch and park” method and it’s proven to be incredibly effective. Without a tracking device in your vehicle, when thieves steal your car, you will never able to see or hear about it again.

The cost of a vehicle tracking system is next-to-nothing considering the alternative and the prominent tools they bring to the table. It’s one of those things where it may seem like a small expense to avoid but you will immediately regret not having a vehicle tracker fitted when your car gets stolen.

In this era of modern technology, air pollution is one of the most dangerous threats to the environment. If... read more

Without a doubt, having a child is one of the best things that can happen in life. Some mothers... read more

Do you have a BMW M3 or Audi S4? You may be shocked to know they feature in the top 10 stolen and... read more

How do fleet managers accomplish all the goals of a professionally run school bus fleet? Like any job, the solution... read more

How To Properly Install A GPS Tracking Device

There are various reasons why you might want to install a GPS tracking device on your vehicle. Two of the main reasons... read more

Did you know that most of the stuff we use in our daily lives was once on a boat? In... read more

The precision of GPS (Global Positioning System) refers to the level of distance GPS displays to the actual location of the tracked... read more

If you run a business with a vehicle fleet, an effective way to save money on your tax bill... read more

The True Cost of Vehicle Tracking

Vehicle Tracking – What are the costs in the UK? The Global Positioning System – or GPS as we know... read more

Since its invention, GPS has been truly a gamechanger for aviation and transportation as well as all business industries.... read more

Any cookies that may not be particularly necessary for the website to function and is used specifically to collect user personal data via analytics, ads, other embedded contents are termed as non-necessary cookies. It is mandatory to procure user consent prior to running these cookies on your website.